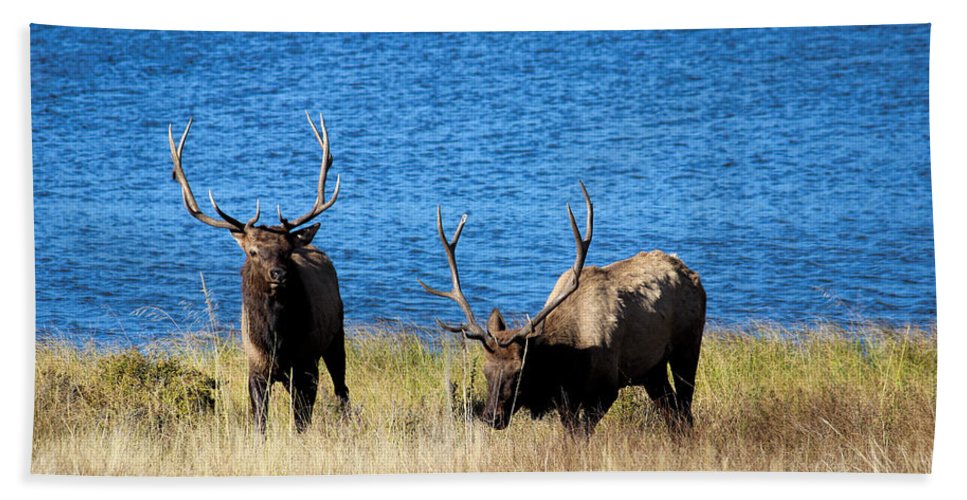 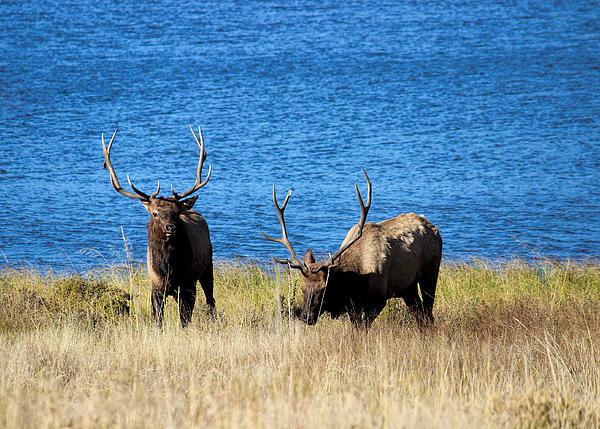 Boundary: Bleed area may not be visible.

The image is near the edges of the product but doesn't cover the entire product.   Some of the background color may appear around the outside edges of the image.

Our luxuriously soft beach towels are made from brushed microfiber with a 100% cotton back for extra absorption.   The top of the towel has the image printed on it, and the back is white cotton.   Our beach towels are available in two different sizes: beach towel (32" x 64") and beach sheet (37" x 74").

Don't let the fancy name confuse you... a beach sheet is just a large beach towel.

Took this picture in Estes Park, Colorado. The elk or wapiti (Cervus canadensis) is one of the largest species of the Cervidae or deer family in the world, and one of the largest land mammals in North America and eastern Asia. It was long believed to be a subspecies of the European red deer (Cervus elaphus), but evidence from a number of mitochondrial DNA genetic studies beginning in 1998 indicate that the two are distinct species. Key morphological differences that distinguish C. canadensis from C. elaphus are the former's wider rump patch and paler-hued antlers. Some cultures revere the elk as a spiritual force. In parts of Asia, antlers and their velvet are used in traditional medicines. Elk are hunted as a game species; the meat is leaner and higher in protein than beef or chicken.