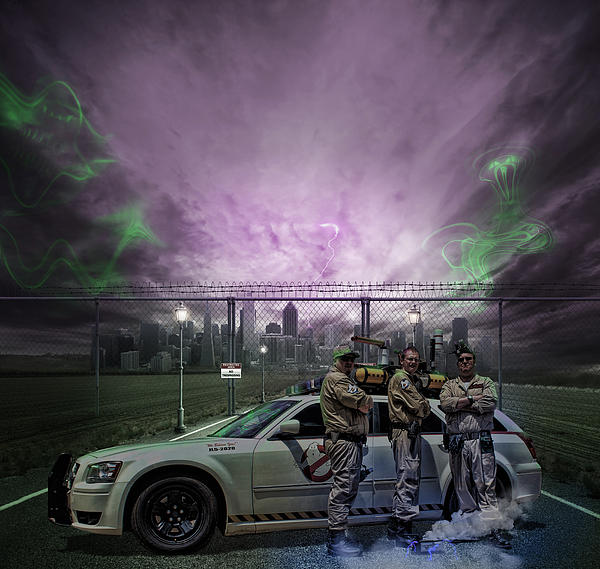 Boundary: Bleed area may not be visible.

The image is near the edges of the product but doesn't cover the entire product.   Some of the background color may appear around the outside edges of the image.

Our lightweight, microfiber tapestries are available in three different sizes and feature incredible artwork to complement any wall space. Each tapestry has hemmed edges for secure hanging with nails and/or thumbtacks.

Picture of the guys is one that I took of my friends. Every thing here was taken from various stock photos (with permission) on DeviantArt.com. I put... more

I love this. So much fun.

Thank you again everyone!!

Creative, clever, entertaining and a great piece of art!

"Ghostbusters Of Northern Colorado" Really nice job on this one Becca. The smoke, purple & green colors just scream to me! fav

Who you gonna call!!

Picture of the guys is one that I took of my friends. Every thing here was taken from various stock photos (with permission) on DeviantArt.com. I put all of them together to form one photo. Ghostbusters is a 1984 American science fantasy comedy film directed and produced by Ivan Reitman and written by Dan Aykroyd and Harold Ramis. It stars Bill Murray, Aykroyd, and Ramis as three eccentric parapsychologists in New York City who start a ghost-catching business. Sigourney Weaver and Rick Moranis co-star as a client and her neighbor. The Ghostbusters business booms after initial skepticism, eventually requiring a fourth Ghostbuster, played by Ernie Hudson; but, when an uptown high-rise apartment building becomes the focal point of spirit activity linked to the ancient god Gozer, it threatens to overwhelm the team and the entire world.